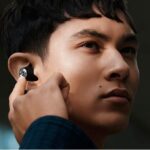 A great way to quality sound with Sennheiser Momentum True Wireless Bluetooth Earbuds Fingertip Touch Control gives you the music you love, to sound even better – anytime, anywhere like in the fitness center or when running. The elegant earphones with Sennheiser’s audiophile driver technology guarantee superior sound quality in stereo at all times. As Sennheiser is one of the world’s leading manufacturers of headphones and microphones for stage and studio use, your ears are in good hands, whether you enjoy the music on the run in the gym or on the couch at home in front of the facility. 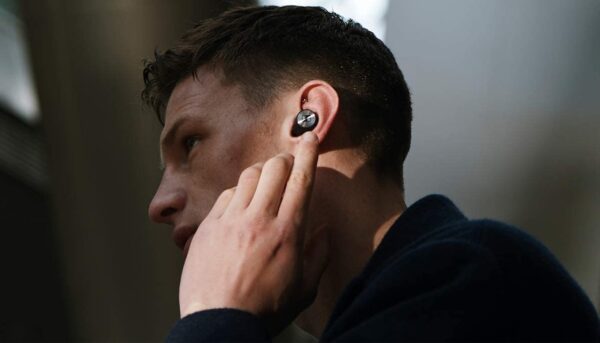 Thus the Sennheiser Momentum True Wireless headphones fit perfectly and sound great. Their wireless performance is solid with minimal dropout. They work very well for making calls, have touch controls, and their battery charging case is charged via USB-C (cable included). There is a transparency mode and you can adjust the sound via the accompanying app.

Since Apple launched its revolutionary AirPods back in 2016, there has been a steady stream of truly wireless in-ear headphones from a host of manufacturers, including Bose, B&O, Motorola, Onkyo and Sony. And we even have 2nd-gen AirPods.

All have added a slightly different twist, brought different sets of features, and had varying degrees of success with their earbuds.

But what did Sennheiser do? The headphone giant has been observing quietly from the sidelines like a fly on the wall, scouting out rivals and fervently making notes as they planned how to approach this particular headphone category.

If there’s a feature you want from your wireless earbuds, the Momentum True Wireless probably has it. The spec list is so long so it’s hard to know where to start. Even the battery life is a decent four hours, which compares to three hours on the Sony WF-1000X and five from the capable Bose SoundSport Free.

As is the trend, the Sennheiser wireless earbuds come with their own carry case that doubles as a docking and charging station. This compact, fabric-covered box charges via USB-C, with the earpieces dropping into secure magnetic slots where they start charging via their gold contacts. 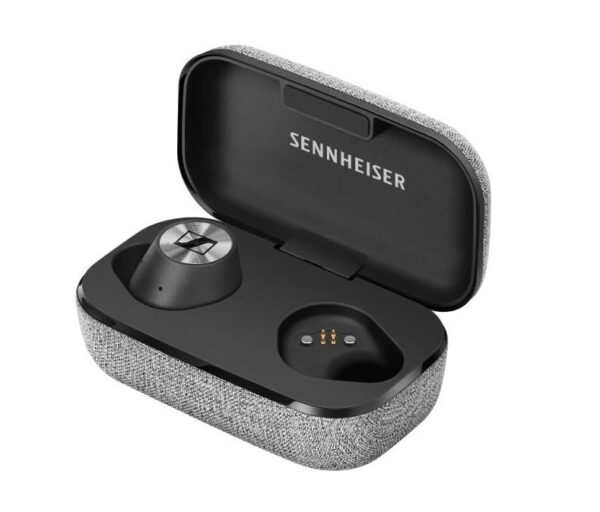 The pairing process for these wireless in-ear headphones starts as soon as you remove them from the case. They’re immediately discoverable, and if you ever need to pair them with another device, simply press and hold on the outside of both earpieces to restart the process.

Sennheiser Momentum Charge In The Box

A small LED light on the rear indicates the level of charge in the box – green for more than 50 percent, yellow for less than 50 percent, and red for empty. It’s a small detail, but anyway it’s handy for quickly checking if you have enough power to charge them.

At full capacity, the case provides enough power for two additional charges, which amounts to a total of 12 hours of battery life. The headphones need roughly an hour and a half of charging to reach full power from being empty.

With some wireless in-ears, it’s difficult to monitor how much charge is left, but that’s not the case with the Sennheiser Momentum True Wireless. If you power up the Sennheiser Smart Control app (compatible with iOS 11.0 and above and Android 7 and above) you can see an exact percentage of power remaining in each earpiece. This attention to detail means you should never get caught out.

The Sennheisers’ armory includes what they describe as ‘two-mic beamforming’. which they claims improves the audibility of your chat during phone calls. They also prefer noise isolation as opposite to noise-cancellation and do a great job of blocking out all the various disturbing on the daily commute.

If you’d prefer to hear more of what’s going on around you, you just turn on the Transparent Hearing feature, either by selecting it in the app or double-tapping on the surface of the right earpiece. You can regulate it so the headphones either stop playing or continue to play when activated. It works fine with the former setting, but its effectiveness with the latter depends on your music – the louder it is, the less the feature works. It’s just a choice to make.

Imagine trying to put a Rolo in your ear – that’s how it can feel maneuvering the small round earpieces into place. they are occasionally a little uncomfortable over a prolonged period. The Momentum True Wirelesses boasts a clean, uncluttered look with not a single button in sight. Sennheiser has achieved this by turning the metallic rings on the exterior surface of the buds into touch-sensitive buttons. Which is very clever.

The left ring controls playback, with a single tap to play and pause, a double-tap to skip forward and a triple tap to skip backward. A long press and hold will turn the volume down while doing the same on the right ring bumps the volume up.

A single tap on the right brings your virtual voice assistant (Google or Siri) to life, while a double press enables or disables the Transparent Hearing feature. Having all these controls at your fingertips sounds great at least in theory, but the reality it’s a little different. Playing, pausing and changing volume work okay. The headphones react quickly and the volume doesn’t jump up and down unpredictably. 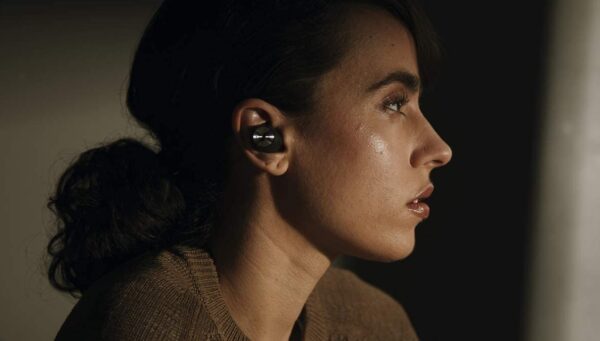 Sennheiser’s Smart Pause feature means that you can just remove one earpiece and music will automatically stop. Put the earpiece back and your music picks up again. This is a nice feature. The issue here is if you take them both out and place them near one another the music starts playing again.

You need to keep them a certain distance apart. So the execution isn’t perfect, but we must admire Sennheiser’s ambition. We just hope the sound quality hasn’t taken a back seat – after all, these headphones are part of hugely successful Momentum range.

All in all, these Sennheiser headphones don’t disappoint. Compared to the wired Momentum in-ears and Bluetooth Momentum Frees, they are a little calmer and leaner in particular in the bass. These models have a slightly richer and fuller bottom end, but what the sound loses in weight it gains in balance and poise. 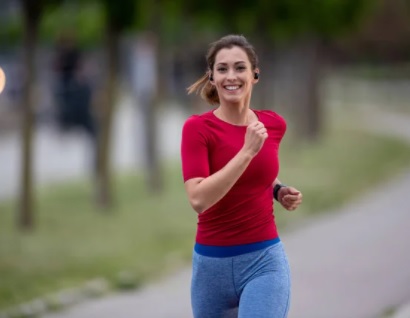 So, in many ways, it’s an impressive True Wireless debut from Sennheiser. The design is classy, they boast some useful features, battery life is good and so too is the sound quality.The silicone earbuds are predictably lightweight, and easy to place in the ears, and they’re certainly comfortable enough to wear, even if the little weird shape and lack of rubber wingtips don’t help matters. You get three ear tip sizes in the box, and finding the right fit is crucial in order to prevent them from falling out.

These are really earbuds for the commuter. Even when they fit well enough for light training, there’s a limit to what you can do to prevent true wireless earbuds from falling out. If you’re looking for earbuds that will handle your cardio training or ultra marathons, you probably want something made with that activity in mind.

Although Sennheiser does not market these headphones as sports headphones, they have an IPX4 rating which means that they are splashproof and should be sweatproof. You can therefore use them in the gym when running and for training.

The touch controls are intuitive – you use a simple tap on the left earbud’s metal plate to pause/play, or a double tap to skip a track. Holding a finger on the right or left earbud turns the volume up and down respectively.

But the Sennheiser Momentum True Wireless earbuds still offer premium audio in a smart and well-designed package. While these earbuds are far from the first true wireless examples we’ve seen, they’re some of the most accomplished in their category.

So, the Sennheiser Momentum True Wireless headphones fit nicely and sound excellent, and their wireless performance is solid with minimal dropout. They work very well for making calls, have touch controls, and their battery charging case charges nicely via USB-C (cable included). There is a transparency mode and you can adjust the sound via the accompanying app.