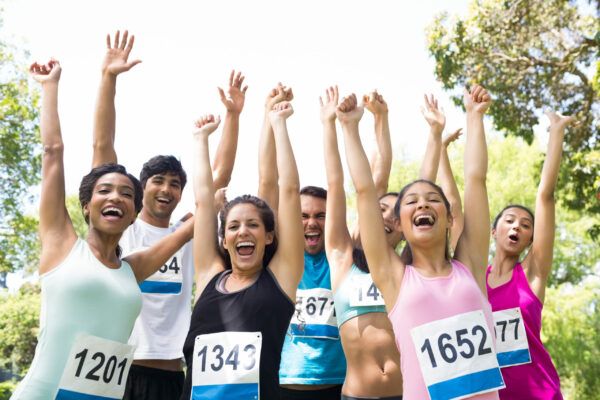 In this Most practical ways to optimize and test your Running economy,  you’ll learn how to run faster over a given distance because your body utilizes the oxygen you absorb better. It also means that if your fitness was your engine then it is about getting the most speed out of the “horsepower” you possess.

In the past, a good running economy was compared to a car that had a good fuel economy. However, that is not the whole truth. Since especially your muscle fiber type composition i.e., your endurance fibers are more economical than your explosive fibers such as sprinter fiber type composition. After all, there is a difference between Usain Bolt and Eliot kipchoge’s way of running? 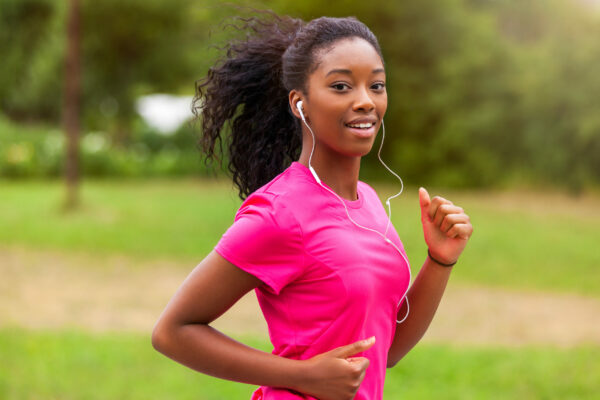 A large part of your running economy is determined by your movements. The more efficient your movements are, the less energy you spend on running. There are several factors that play a role in determining how effective your movements are. If you have tried to be a supporter of one of the big city marathons or bridge races, you will very often be aware of how people’s movements are when they pass you.

People who run a marathon on 4 -5 hours have a much less economical running technique and style than the elite runners who almost have legs like violin strings with very effective movements.

Last but not least, people with a good running economy tend to move their body less when they run. Such as very experienced marathon runners. The more movement you perform, the more energy you will need. This is especially true of the rotation of the upper body, but the small movements in arms and the like also play a role.

How do I improve my running economy? 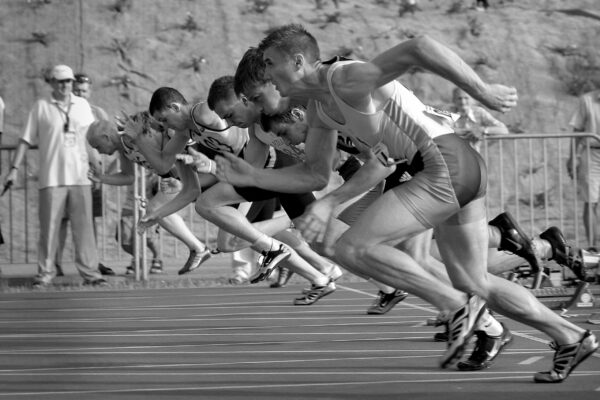 Basically, all runners improve their running economy through targeted training. You also become more familiar with your running style at the same time as the enzyme activity improves in relation to what you train, and you learn to move more efficiently. It just requires that you run long and long enough.

However, after a long period of traditional running training, many runners begin to have trouble improving their running economy. Unless you use other training methods. Some of the most effective methods to improve your running economy in these cases are in particular 4 strategies:

Superintense training sessions in max. Pace (also called Sprint training) can also improve the running economy. It can be, for example:

Run as fast as you possibly can. It is not a training session recommended for joggers as it is extremely hard and the risk of injuries is correspondingly greater.

Explosive strength training in a type of training such as jumping, bucket, hill jumping, stair training, stair jumping, etc. can both increase and maintain the running economy.

Training in competition tempo/technique training will also have an impact.

A relaxed technique not only increases the running economy but also the experience. Introduction to technique training requires a trainer who can teach the various coordination exercises. However, there are lots of movie clips on eg YouTube, where the exercises are shown. 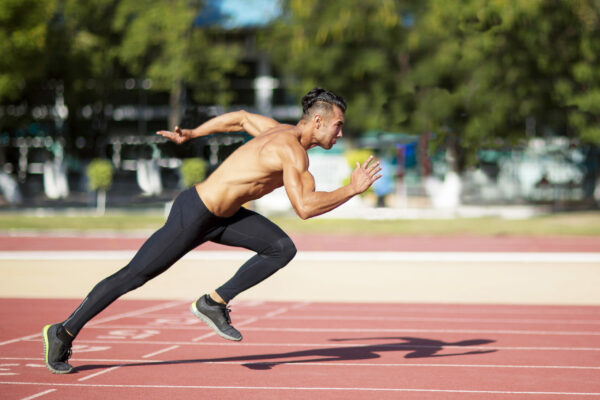 which is typically interval training where the training must be varied and include many different forms of training if you really want to see improvements. Many joggers run the same route at the same pace on all of their training sessions.

In this way, it is primarily Endurance that is stimulated and trained. And there is virtually nothing wrong with that. It’s just not optimal training if the purpose is to develop and become a better and faster runner.

There are many indications that many kilometers over many years have a positive impact on the running economy. But Of course, it’s difficult to change from one day to the next. But fortunately, there are a number of training types and workouts that you can perform right away that will improve your running economy in the short and long term.

As you know now – A good running economy is the ability to maintain high speed for a long time at a minimum of energy consumption. The running economy thus depends in part on a high anaerobic threshold (AT), as it is precisely this that determines the limit for when lactic acid production becomes too high, and we are forced to slow down the pace

However, AT is not the only factor that comes into play when we talk about running economy. Running economy just as well depends on a wide range of factors such as physique, leg length and weight, optimal stride length, mobility, and flexibility as well as muscle fiber type composition. 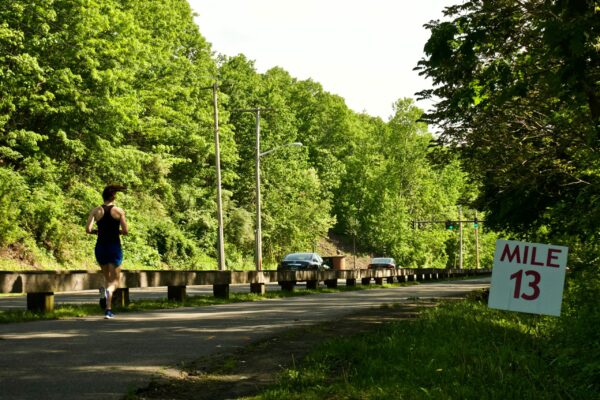 Many of these factors we are not even able to influence. They are genetically determined. The optimal stride length is still up for debate, and here no one has the “truth” yet.

Instead, you might want to take a look at your practical running technique if you want to get a little more out of your run. Many people tend to use small ultra-short steps and arms tightly wrapped to the body. This is not unusual, and probably closer to one of our most favorite running styles.

When running, remember to lift both knees and feet. This is not up for discussion but does not always come naturally to some runners. Too short steps can slow down the running movement, as this risks putting the foot in the ground too early and in front of the body instead of pulling it under you and creating propulsion.

This slows down the momentum, and you have to use extra forces both on the extra steps and on pulling each step up from “the bottom” instead of just letting the momentum handle a large part of the propulsion completely “for free”.

Try if necessary. to lift your knees a little higher the next time you are out running -Not excessive, just a little -and see if you can feel a difference. The race should thus be a little easier, and more “floating”.

Conversely, too-long steps can also cause a loss of momentum, as the race may be a little more reminiscent of jumping from leg to leg, whereby the movement can be “bouncing” up and take place up and down instead of straight ahead. This will result in the runner’s head “jumping” up and down rather than following a straight line.

This type of running will be very energy-intensive, as the muscles of the legs have to use a lot of force to “grab” the body every time it lands. With long strides, you land heavier and the total energy consumption becomes greater; energy that should actually have been spent on propulsion. Therefore, it is about finding the line between too short and too long steps. You have to try it for yourself. 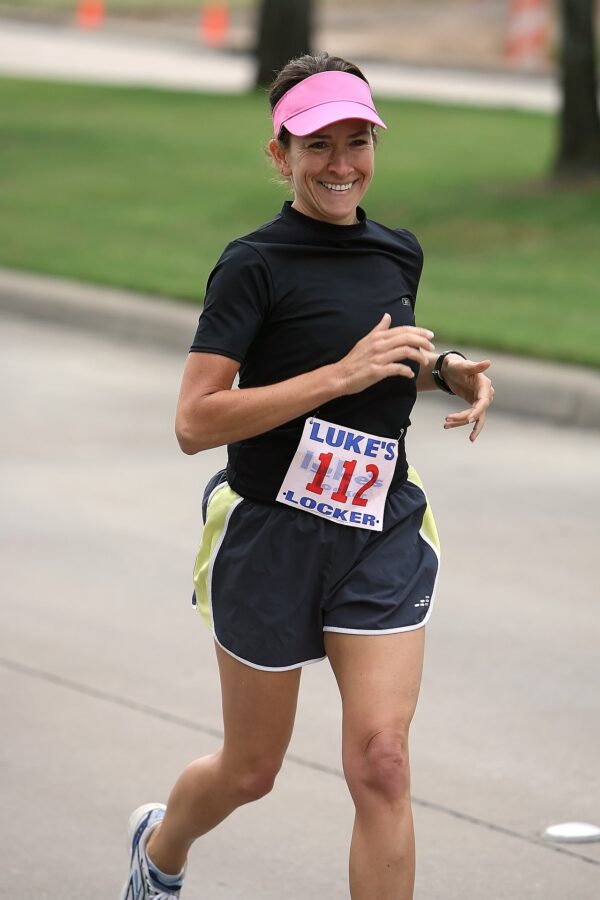 Try to run with an upright (and preferably slightly forward bent) posture. A weak core is often the reason why you collapse during the race. Every time we take a step, we send a certain amount of force into the ground.

This force is returned and absorbed by the body. You can compare the body to a spring! A tensioned spring, which is released from a height of e.g. 1 meter, will develop more force and thereby jump higher than a slack spring that releases from the same height.

The tensioned spring simply receives the reactive force better and utilizes it more efficiently. The same goes for the body! In order to increase the propulsion, the upper body may be tilted slightly forward, but not at the expense of it to collapsing.

Position of The Head

Should preferably sit on top of the shoulders and not hang in front of them, cf. posture. Some runners tend to turn their head from side to side, which is not appropriate, as this movement will to a greater or lesser extent be copied to the rest of the body, which thereby comes in small “oscillations”, and the energy is not optimally utilized as previously mentioned, i.e., exclusively going forward.

Whether you use one or the other step length, there are also the arms to take into account. The arms during running is probably one of the most underestimated factors. Two scenarios often apply among runners.

One is the tendency to run with the arms wrapped close to the body. The second is the arms, or often in fact only one arm, fluttering far out from the body in a rarely seen movement pattern. It can be set up quite simply: What the arms do, the legs copy to some extent. The arms must take care of this during the running training.

I hope you got something out of this post. If you have any questions about the topic or want to leave your own Personal review, please leave a comment below.