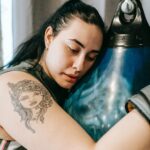 The overtraining phenomenon is a state of a general overload of the whole body. It thereby differs from other sports injuries by not being specific or local. The condition is characterized by fatigue and impaired performance. In signs on overtraining and how to successfully recover we look at how overtraining is a direct function of the amount of training and the time, you have for recovery. Therefore, the condition is most often seen in sports that place great demands on physical endurance.
You will often find that you are more uncomfortable and tired with more need to sleep, but that you also sleep poorly or very restlessly. If you do not respect the first signs of overtraining, the consequence may be that your immune system cannot keep up and you may end up getting sick or burnt out. 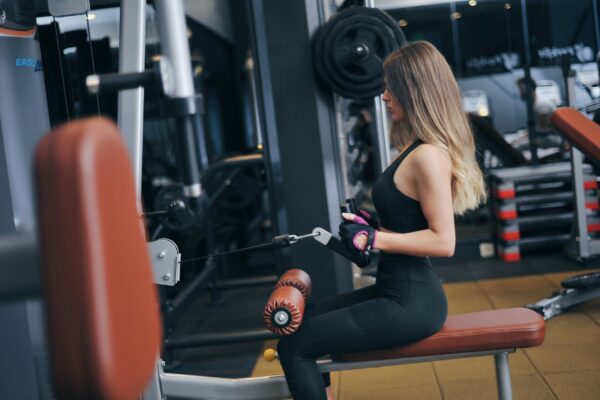 Overload injuries amount to approx. 75% of all sports injuries. It occurs especially in endurance sports with repeated and uniform loads. It is thus a high repetitive movement pattern, where the individual load itself is not extreme, but where the sum of the repeated loads becomes more than the body can handle. The injury most often occurs due to regular training errors, where the amount of training, training frequency, and training intensity are not in proportion to the current training state.

The body breaks down quite a bit every time you train, but fortunately, the body responds by building itself stronger. If you train a lot, often and hard, the body does not get the necessary time to recover and build strength in tendons, bones, and joints. The result is thus a breakdown of the body instead of a strengthening (Supercompensation).

A sharp intensification of the amount of training and the quality of training is typically seen up to a big race. The marathon races in particular give rise to injuries, partly because it can be extra difficult to accept that you cannot compete in the race you have spent half or whole years training for.

The spring period also motivates to more and longer runs, where the weather and nature are more inviting to train in. You may also suddenly find that there are only a few months until the beach season begins, where you wish to be a few kilos lighter, and therefore increase the training more than the body can handle. 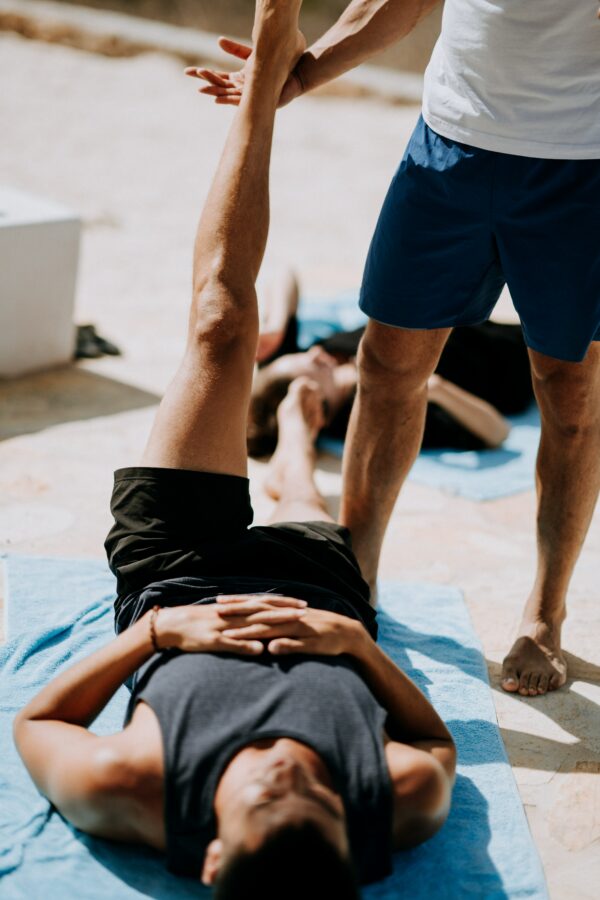 The hallmark of an overload injury is that it occurs over time – it creeps up slowly over days to weeks. the symptoms of the overload typically show up with some delay, and because the body takes so long to respond to the causal load, it can often be difficult to completely avoid the overload injury.

Even if you initially train so much that there is a breakdown instead of a strengthening of the tissue, you are far from always getting the warning symptoms immediately. Therefore, it is important to catch the body’s warning signs as early as possible. Unlike acute injury, however, it can be difficult to separate injury symptoms from common muscle soreness.

Overload injuries are due to an over-use of the body where it has been overloaded beyond its tolerance limit. While it can be difficult to acknowledge the injury because it creeps in, the vast majority of the injury follows a set pattern. In the beginning, the signals will be largely identical to those detected after an unusually hard training day.

It will be soreness and stiffness in individual muscles and joints. In the case of general exercise soreness, the symptoms will disappear over a few days. However, if the symptoms are due to an injury, the soreness/symptoms will return to the same place every time you train. One should therefore respond to the bodily signals by limiting the amount of training, postponing the training or straining other parts of the body by also engaging in other exercises.

You thus catch the injury at an earlier stage and can avoid excessive interruptions in the training. The big culprit in running is the landing phase, where the body’s shock absorbers have to cushion the shock up through the body step by step. The injuries often occur in the joints of the foot, the muscles of the lower leg, the knee joint, or knee joint-related muscles. The body’s tissues are particularly vulnerable to stress where different tissue types meet.

Just like joints are the weak points in a building construction, this is also the case with the human body. Overload injuries are most often seen where tendons attach to bones or there. where tendons and muscle tissue unite. Another typical locality is placed on the body where the tissue is exposed to great friction. It often occurs where a tendon rubs over a bone protrusion. If the friction is great, the protective mucous sac between the tendon and bone will become irritated and react with pain and swelling. 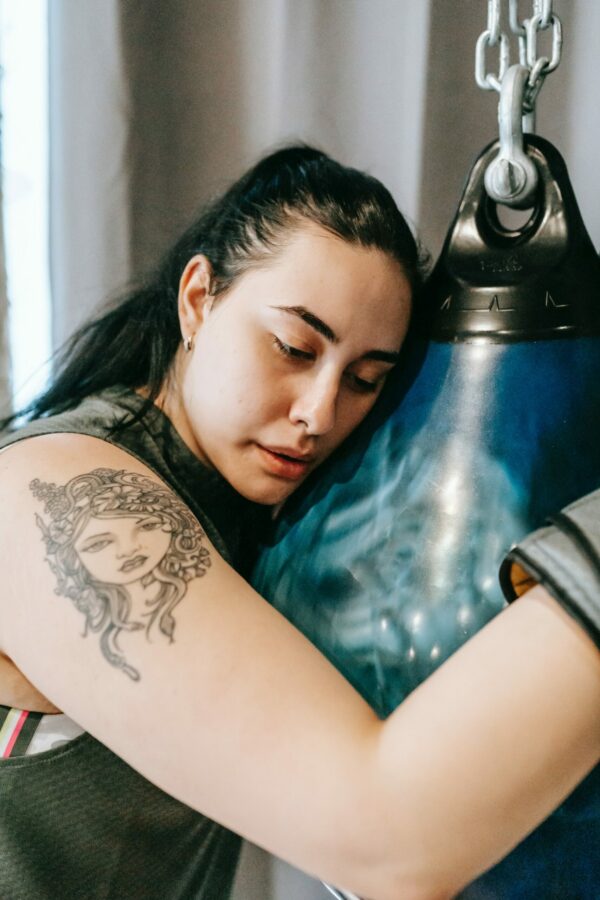 The Overtraining phenomenon is very well known in the world of sports, and studies show that more than 60% of serious long-distance runners have been exposed to overtraining at some point in their running careers. Overtraining is, as the name suggests, a direct function of the amount of training and the time you have for recovery.

Therefore, the condition is typically seen in elite athletes in sports that place great demands on physical endurance. It is therefore, no coincidence that runners in this context are a vulnerable group, but the phenomenon is seen just as much in other endurance sports such as. triathlon, cycling and swimming. Overtraining is becoming an increasingly well-known phenomenon, not only among the elite but also among serious exercisers.

This may immediately come as a surprise, as year after year researchers gain greater knowledge from research in training physiology about proper training and optimization of performance. But at the same time, this fact is probably also the explanation for why overtraining is becoming an increasingly well-known phenomenon.

In the past, training once a day was considered sufficient for the serious athlete, while elite runners today regularly train twice a day. The demands on the elite practitioners are thus becoming greater and greater and this naturally has a contagious effect on the practitioners below the elite level. The serious exerciser (Supermotionist) trains today as much as the competition runner did for decades ago.

The predisposing factors for overtraining are in particular: 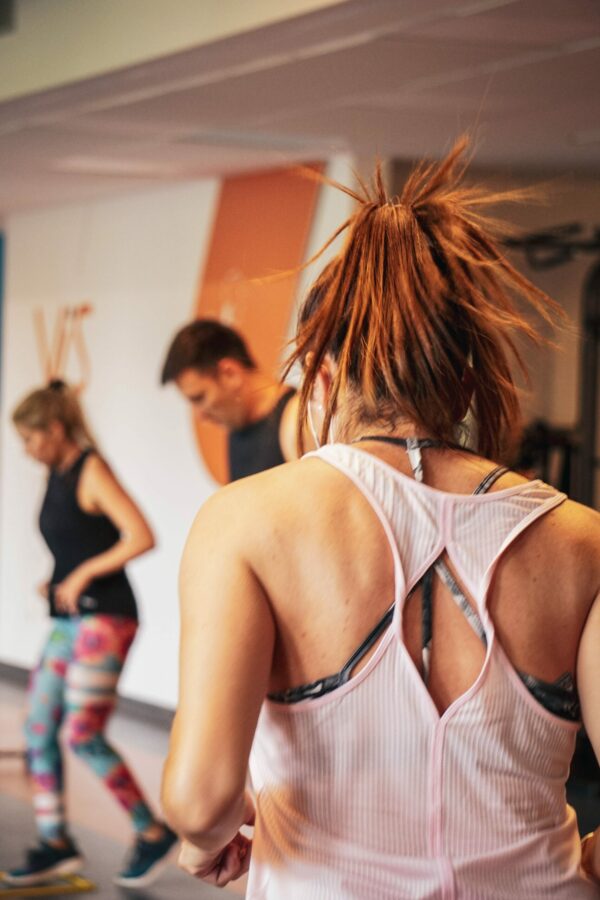 The first and most significant sign of overtraining is increased fatigue, primarily in connection with the exercise, but the fatigue can also be felt in everyday life. You will find that training begins to become a sour duty more than something you really want. one’s performance can also decrease, even if one does not train less than one usually does.

You will even experience that your running results get worse even if you train more than you usually do. Another characteristic symptom is a higher heart rate than normal at the same load the heart rate will also be longer than normal about falling after training cessation.

Be Aware of Recovery time

The recovery has a central location and will extend over a longer period of time than usual with overtraining. Is the recovery period of approx. 4 days after a moderate training load, it is too long and a sign of overtraining. In everyday situations, you can also read signals of congestion. Here, more or less constant fatigue combined with sleep disorders will be a marked feature of overtraining.

In addition, lack of appetite, bad mood, irritability and unwillingness to exercise will be typical signs. If you also become slightly sluggish and ill than usual, there is reason to be extra vigilant against congestion. These symptoms can be easily overlooked, as they are usually not something you attribute to your training. Our inner biochemistry plays a big role here too.

As the symptoms are very general and can just as well be due to many other conditions than just the training, many practitioners continue with the same training intensity despite the warning signals. They only become aware of the problem when the condition is so advanced that it will take weeks and months before the practitioner can train again at full strength without breaking down the body. 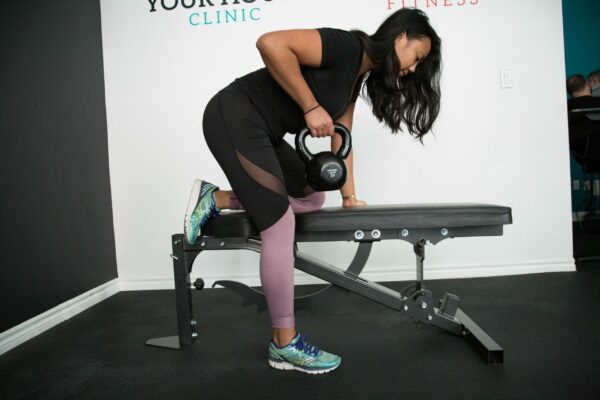 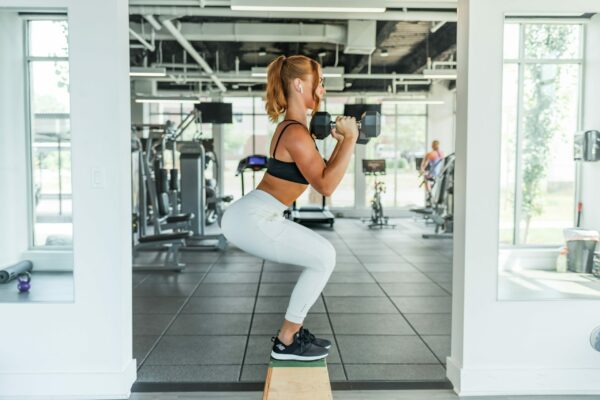 The first treatment measure for overtraining is to respond to the mentioned symptoms by reducing the amount of training or stopping the training completely for a period of time. Depending on the severity of the symptoms, a shorter or longer training break and general rest will be the only thing that helps. If you listen to the body’s signals and are aware of the symptoms of overtraining, in most cases a rest for a week will be sufficient. The following week can consist of light training, preferably within an alternative activity.

Many runners follow a training program with the goal of completing a particular race or generally improving running results. Although training programs are necessary if you want to optimize and control your training, they can also have the disadvantage that you risk easily becoming a slave to them and thus ignore the warning signs of overtraining. It can therefore not be emphasized clearly enough that training programs should only be used as “sketches” for training planning and should be deviated from at the same moment as the mentioned danger signals appear.

I hope you like this post and if you have any questions about the topic or want to leave your own Personal review, please leave a comment below.