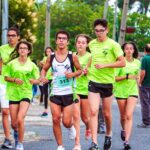 To put it simply, our immune system is one of the greatest wonders of this world. When we search the outer limits of the immune system’s ability to protect humans, we are amazed at its genius, its power, and its scope. In this post, we will look at this system and How to Exercise and Boost the Immune System, particularly by running.

Facts About The Immune System 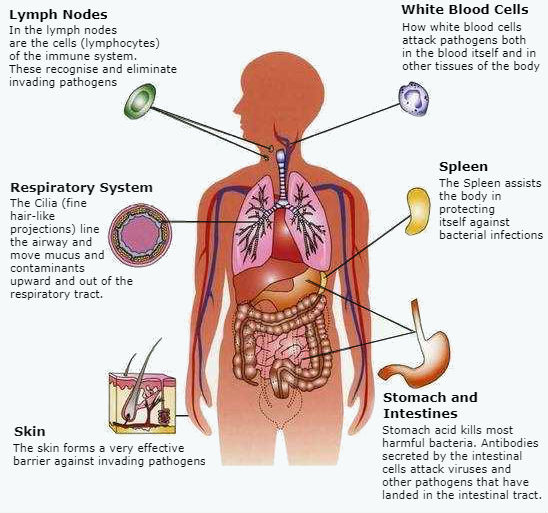 The term immune system covers the complex interplay between white blood cells, antibodies, hormones, enzymes and inflammatory cytokines that work together to keep your body healthy and disease-free.

This is a demanding task because even if you live far outside the city’s massive pollution and otherwise pay close attention to your hygiene, your body is exposed every day to attacks from viruses, bacteria, aggressive oxygen molecules, spores, germs, fungi and other organisms.

The immune system is thus ready to react when we are exposed to bacteria, viruses and other disease-causing organisms. Without the body’s health army, we would quickly be overwhelmed by all sorts of diseases and ailments.

When the immune system is working properly, we do not notice it. But if it is out of balance and reacts too little, too much or wrong, we get sick.

When it’s high season for flu, snot and colds, it can be tempting to go for quick fixes that promise to strengthen the body’s bulwark against disease easily and quickly.

But there are no quick fixes that can boost our immune system. And we should actually be happy about that – otherwise, we could all too easily upset the razor-sharp balance that usually ensures that the immune system reacts as it should.

Yes, Covid – 19 was a challenge. But by adjusting and adapting a vaccine and injecting it into the human body, we help the immune system to find the key to a solution. By the way, you can check the big medical organizations and their covid – 19 vaccine status here: TheNew York Times 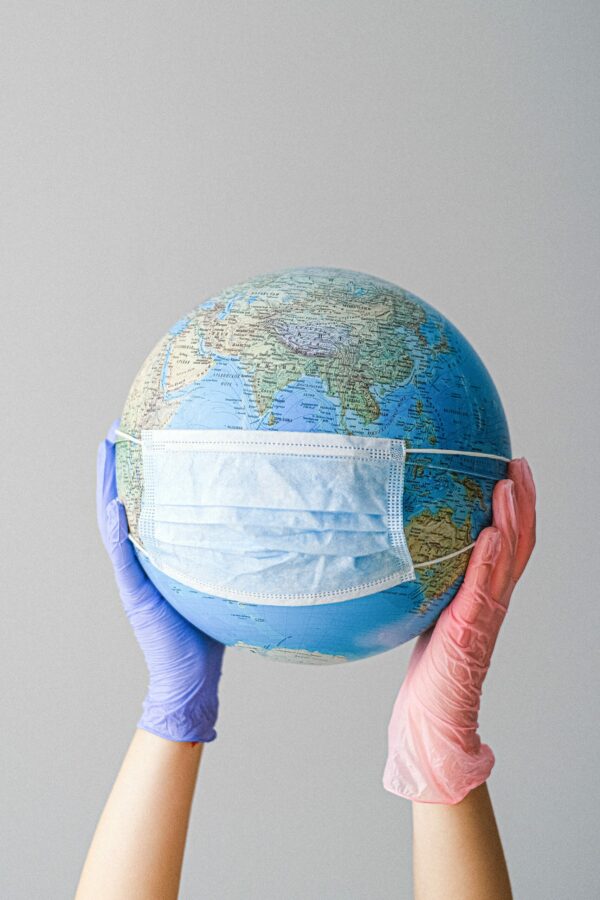 The Immune System Peaks in Adolescence

Our immune system consists of two parts: An innate immunity that humanity has in common, and which has evolved over time so that it recognizes many of the bacteria we are exposed to.

And then our own personal and acquired immune system, which we each build from the viruses and bacteria we have been exposed to. It is also the system we train to respond to various diseases when we are vaccinated.

The two immune systems play together and are interdependent. Our innate immunity typically takes the sting out of the invading malicious organisms, and then our acquired immune system can fight them down.

Our immune system is gradually strengthened throughout childhood. In young children, the acquired immune system is trained every time they become infected and become snotty and get a fever.

When you are running or exercising, you thus strengthen your immune system. People who are in good shape have a better immune system, they are less likely to get sick and recover more quickly from illness. It makes therefore good,  sense to have room for exercise in everyday life. 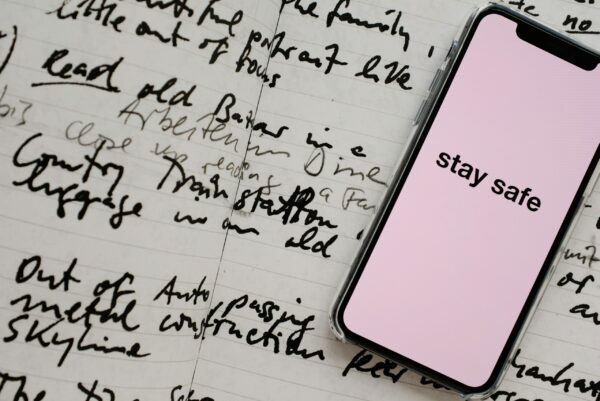 So, the body’s defense system consists of billions of highly specialized cells that immediately start fighting the alien invaders. The white blood cells, the leukocytes, are the bloods police patrol. They immediately detect invasive substances, such as bacteria and viruses and go to attack.

Elevated leukocyte levels can therefore reveal that the body is in a combat situation. The caecum thus increases the content of white blood cells from 4000 to 15000 per milliliters of blood, and after a strenuous marathon or triathlon, the value rises to 30,000.

It is the job of the lymphatic system to cleanse the cells. This system removes all unwanted material at the cellular level like a vacuum cleaner, transports toxins away and recycles the usable material in the internal food chain. If there is no physical activity, these veins are closed off by excess proteins or dead cells.

Because muscle contractions serve to circulate the plasma, exercise is vital if we want to maintain a clean transport pathway. Along with these transport, channels are cells that have swallowed bacteria, viruses and other foreign material.

What is the Effect of Running? 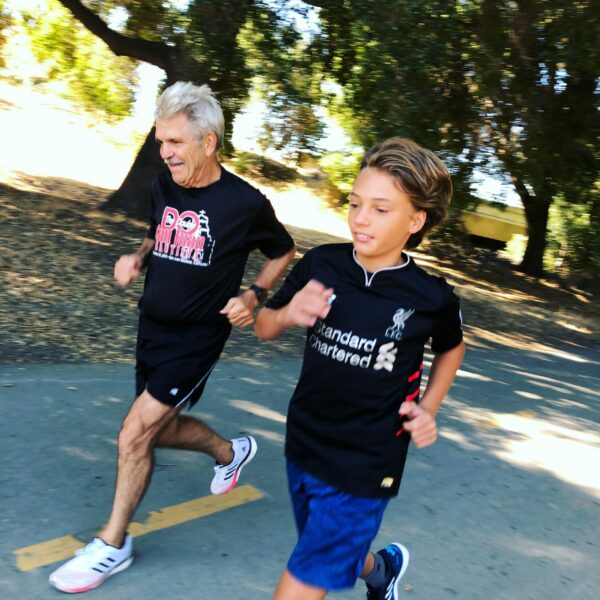 A good run with surplus and joy is without a doubt one of the most effective ways to stimulate the immune system. Protein is released, which causes the body temperature to rise. Possibly, this temperature rise is helping to create an unfriendly environment for viruses and other intruders.

There are also indications that the adrenaline production that is released during a run stimulates the production of certain killer cells.

The run also attacks and consumes the stress hormones – ex norepinephrine – that make you tense. In addition to strengthening the cardiovascular system, the run improves the absorption of iron from the diet and thereby also strengthens the immune system.

Regular running or exercising strengthens the capillary network in the muscle tissue and directs the blood to parts of the body, where it stimulates the immune system and increases the amount of myoglobin, which transports oxygen from the bloodstream to the cells.

Hard training, on the other hand, has a debilitating effect on the immune system. This negative effect is due to several factors, including a storm of the so-called free radicals, which destroy the cell wall and weaken the defenses.

As soon as you run too fast, the body comes in oxygen-deficient, which also means a weakening of the immune system, just as the stress hormone cortisol increases during intensive training and weakens the immune system.

Boost the Immune System: Running vs Other Forms of Exercise 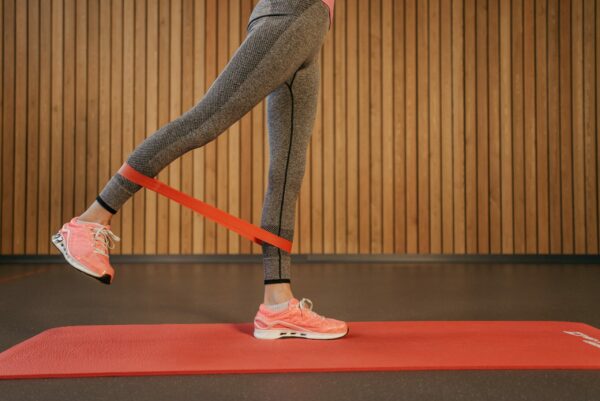 There is no standard recipe for how to achieve and maintain a good and effective immune system. Like everything else in the body, the immune system is also formed in a complicated interplay between hereditary and life-condition factors.

But a healthy diet, exercise and general well-being, as well as satisfaction with life, have a constructive effect on a good and solid immune system, while discouragement, stress and poor eating habits have a destructive effect.

Runners who train moderately will probably find that the frequency of illness will decrease and that attacks of minor ailments such as colds, sore throats and fatigue will decrease.

Competition runners who constantly balance on the verge of overtraining and push the organism to the limit will likely experience increased susceptibility to similar disorders. In other words, it’s important to adjust the training and find a good balance between effort and rest.

Physical exercises will boost the immune system. Since the human body is designed for walking and running, this will be the easiest way to strengthen our immune system.

What boosts immune system the best?

Physical exercises like running, a healthy diet, and general well-being, as well as satisfaction with life, have a constructive effect on a good and solid immune system. Discouragement, stress and poor eating habits have a destructive effect.
Share this Posts with your friends
Related Posts:

2 thoughts on “How To Exercise And Boost The Immune System”