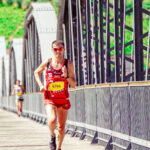 As runners, after a short period of running, we start feeling the good state inside ourselves. When we run, something happens in the body. There are biochemical processes, which start up and support us. Running changes our mood positively. Chemical imbalance in running occurs especially by overtraining.

We often hear people say things like “I forget myself that is the most important thing to me. As soon as I have run 5-6 km, the body runs by itself.” Soul and thoughts go up into a higher entity. But let’s look at what happens from a biochemical perspective – How to control our biochemistry when running and how to avoid symptoms of chemical imbalance in running.

Physiological processes in the body create emotional responses that are based on biochemical activity. It is a complex communication system between the brain and body. If you ask runners why they run they often answer that running makes them feel better.

Whether it is a Long distance runner, a sprinter or just a jogger, they all say things like “It makes me feel strong”, “it makes me feel free and powerful”, “my stress fades away like morning dew” The air, the light, the scents, and nature becomes pure energy and I enter another world ” – and so on.

Within the human brain, there are many vital neurotransmitters (neuro-chemicals), which are responsible for regulating mood and bodily functions. Although research on the biochemical activity associated with running is still not far enough to a complete understanding.

It has however until now been found that particular four neuro-chemicals are affected by running: dopamine, serotonin, Endorphin, and Epinephrine (adrenaline) as shown below.

Plays a crucial role in the driving forces behind all positively motivated actions that bring experiences of well-being. It controls the brain’s reward center – and thus indirectly the good feelings. It is a neurotransmitter, which is also responsible for sleeping and waking cycles.

When our sleeping and waking cycle disturbs, the cause is an imbalance in the dopamine level like when we have trained too intensively or for a too long time, we sometimes cannot fall asleep at night. In general, the regulation of dopamine plays a crucial role in our mental and physical health.

Dopamine affects important brain functions, which are associated with physical activity and is crucial for balanced and controlled movements. Running at a moderate pace stimulates the production of dopamine, and hereby promotes creativity and thinking too. Imagine if you run 1½ hours at a moderate pace…!

On the other hand, Dopamine depots can deplete and give chronic stress, anxiety or traumas. They can also deplete if serotonin depots deplete. Conversely, dopamine levels increase by increasing serotonin levels.

Serotonin is also a powerful neurotransmitter and probably the best known because of the many physiological and biological functions for which it is responsible. It has widespread functions in a variety of 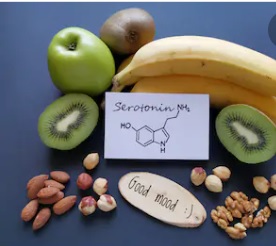 areas in the brain and nervous system.

Serotonin is a kind of “volume control” in the brain and nervous system and there is a close relationship between serotonin levels and our state of mind particularly in regulating mood, anxiety and happiness. Thus, Serotonin serves to elevate mood, increase feelings of satisfaction, and turn down depression tendencies.

If the serotonin depots deplete, the result will often be chronic stress or anxiety, starvation, and inactivity, leaving you feeling depressed, irritable and exhausted. Many antidepressants are designed so they indirectly increase serotonin levels in the brain, which improves your mood and well-being.

After a long run, serotonin is strongly elevated and if you run regularly and moderately long runs increase the concentration of serotonin more permanent, simultaneous the body’s content of stress hormones will decrease and make you less fearful and anxious.

Endorphins are the neuro-chemical that acts as the body’s painkillers. It’s a morphine-like substance, which is responsible for the decrease in physical pain by exercising.

Many runners are aware of the fact that chronic pains seem less noticeable during, and immediately after a run. Endorphins are also responsible for the ability to disregard pain when we are engaged in physical activity. This is why we can run without noticing blisters on our feet until after the run.

It seems like, trained people get the endorphins out in the body faster than untrained, and that they stay out there longer. Experiments have shown that a long run can increase the endorphin level up to five times and that the level remains elevated for several hours after the run. Endorphins are also partly involved in the “runners high”.

Epinephrine is also known as Adrenaline. The key role of this hormone is in the short-term stress response. Epinephrine is responsible for the “fight or flight” responses that occur when we get scared, feel stressed, or are threatened. When some of us talk about “being high” in a sports context, we use the word adrenaline as the cause, like “I got an adrenaline kick” or “I feel the adrenaline pumps in me” and so on.

Long-term endurance training affects the adrenal glands, so they grow and become better to produce adrenaline. It also increases the conversion of fat and sugar, which gives more nutrients available for the working muscles to energy turnover, and it raises the blood sugar concentration.

An increased ability to produce adrenaline after a prolonged aerobic training period means that the body’s work capacity increases. 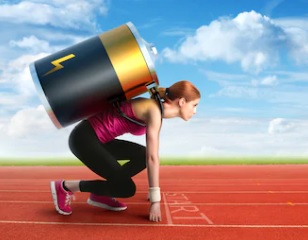 Stressed work to get things done, too many tasks to solve at once, etc. can stimulate epinephrine. Epinephrine can deplete and cause chronic stress or anxiety, leaving you feeling exhausted, mentally drained, and often depressed. Epinephrine is temporarily elevated when we run at very high-intensity levels, like in interval training or sprint. Running at lower intensity like jogging can lower epinephrine levels.

However, the type of running we perform also seems to make a difference.

While explosive forms of running like sprints generate a rise in epinephrine, low to moderate intensity running like long distance running, which relies more on endurance than power, creates a rise in serotonin levels. When we recruit slow-twitch muscle fibers (Type 1), the purpose is to be able to perform moderate-intensity running for a long period.

However, you may also have experienced disrupted sleep after a long run at too high an intensity. It seems like low to moderate intensity running has a positive effect on dopamine levels, while running that is very intense can lower dopamine levels, disrupting the sleep pattern. In fact, one of the symptoms of overtraining is a disruption in the runner’s sleep pattern.

It also seems like, the more often we train, the more endorphins we produce by each training session. Nevertheless, we have to be careful of overtraining, which will disrupt our sleep patterns and increase the risk of injuries.

For all of the above neurotransmitters, we have depots that give us positive experiences. But if we empty the depots by ex. overtraining we pay a very negative price. So we have to be aware of our inner state to dose in the right way during our training sessions to avoid these negative consequences.

So, a general key point here is: Mental strength is an accustomed and trained biochemical adaptation.

I hope you like this post and if you have any questions about the topic or want to leave your own Personal review, please leave a comment below.

Why is running so good for depression?

Regular running helps to ease depression and anxiety by raising serotonin, endorphin, dopamine, and epinephrine levels. This gives feel-good states in the body and thereby enhances your sense of well-being.
Share this Posts with your friends
Related Posts:

2 thoughts on “How To Control Our Biochemistry When Running”