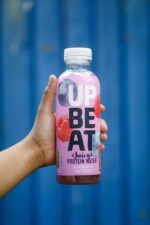 Many runners use dietary supplements as part of their regular training or competition routine, including about 85% of elite track and field athletes. But the scientific support for taking them is still a little behind. A balanced nutritional diet, supplemented with a vitamin pill and an iron pill at very intensive training, should be sufficient to cover the needs by hard physical training. However, a few supplements might give you better results. In Excellent Good Dietary Supplements Boost Your Marathon Results below, we have found and reviewed some of the best of them and all are legitimate. 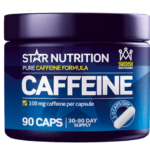 Studies have shown that exercise and sports performances that lasts more than 90 min. can improve if we ingest caffeine. Experiments have shown that athletes consuming small amounts of caffeine could train up to 30% longer than those who took placebo. In the beginning it was believed it was due to caffeine increased the conversion of fat and thereby saved on glycogen for later in the training. But later they found that caffeine prevents the increase in the neurotransmitters associated with fatigue during training, so that you do not notice fatigue.

Although the coffee often have a bad reputation as supplements among athletes due to their dehydrating and diuretic effects, studies have shown that consumption of caffeine before training neither increase’s urination or dehydration, possibly due to high levels of adrenaline that interfere with caffeine’s normal influence on the kidneys. The next question is how much do you need to get a performance enhancing effect? A rule of thumb that has been useful in practice is 4 mg of caffeine per. Kg. body weight one hour before you run, or approximately 2-3 cups of coffee for most people. 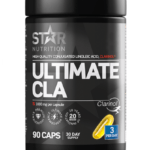 CLA is an omega-6 fatty acid that appears to increase the speed of fat combustion and simultaneous inhibits the fat deposit. As supplements it works best when it combines with regular training One study found that 1.8 grams per. Day combined with 90 minutes training 3 times per week for 12 weeks resulted in a 20% reduction in body fat. So far, there are not found any side effects – so maybe it is worth a try if you are struggling with your weight in relation to your marathon training. 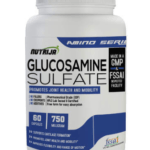 Is a naturally occurring substance in the body, which plays a role in keeping the cartilage healthy and reduce wear on the joints. Many athletes have adopted the idea of taking extra glucosamine as supplements to prevent or ease joint problems and rheumatism. A Study has shown a marked improvement of pain tolerance after taking Glucosaminesulfat. One study found that an intake of 2000 mg daily for 12 weeks showed pain relief and improved functions of the joints from 88% of persons who suffers from knee pains. Other studies suggest that a dose of 1000 – 1500 mg a day is enough. 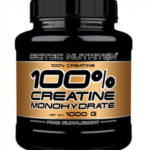 Among sportspeople it is still discussed, whether athletes have an increased need for creatine. Creatine is an amino acid, which produces by the body and stores naturally in the muscles. Creatine supplies the muscles with more energy by helping the body converting various substances in the muscles into usable energy. The daily requirement of creatine is about 2 grams that normally covers through the diet. The sales talk about creatine goes on that “With more energy, you can train more and more often, thus producing faster results”. If you want to test creatine, has various studies showed that for 5 days, you take up to 20 g creatine as supplements of 4 divided doses in order to saturate the muscles, then you cut back to 2 g daily.. Some studies show an effect on endurance training such as running. There are no known negative side effects of creatine intake. 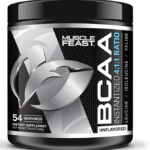 This is a product I will return to later this year with a closer review, because I think it’s very interesting product for the moment.

Ginseng is one of the most popular herbal remedies in general. It refers to eleven different varieties of a short, slow-growing plant with fleshy roots and is believed to restore and enhance well being. It’s a product that repeatedly has shown a positive effect on fatigue and performance. It’s believed that the primary effect likely occurs through an influence of the central nervous system. We should be aware that ginseng products containing the active ingredients ginsenosides that can vary greatly, and you should therefore look on the label of the content of ginsenosides when you choose a product. 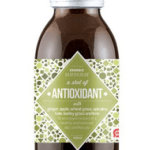 Protects muscles and especially the cell membranes from free radicals, which are chemically unstable molecules that would like to connect to stable structures and oxidize them (destroy them). During running or other physical activity excretes possibly so many free radicals, that it exceeds the body’s own antioxidant defenses. So in periods where the training increase’s, it may be a benefit to take more antioxidants either through the diet or through an antioxidant supplement. If you eat too one-sided food, it can also recommend taking supplements of antioxidants. 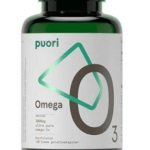 In a study of the intake of fat, was found that the omega-3 could promote oxygen uptake, enhance the delivery of oxygen and nutrients to the cells by reducing the blood’s thickness and better the condition of the red blood cells that brings hemoglobin to the cells. Omega 3 can help you be able to recover faster after hard training by reducing inflammation of muscles, tendons and ligaments.

Some of us are willing to try diet supplements as long as they are legitimate because “what if it works” even that the documentation are doubtful. With the scientific within medicine today It wouldn’t surprise me that something will show up with well documented results – like the BCCA.

If you are a big online shopper like myself , I hope you like this review and if you have any questions about this topic Dietary Supplements or want to leave your own Personal review, please leave a comment below.